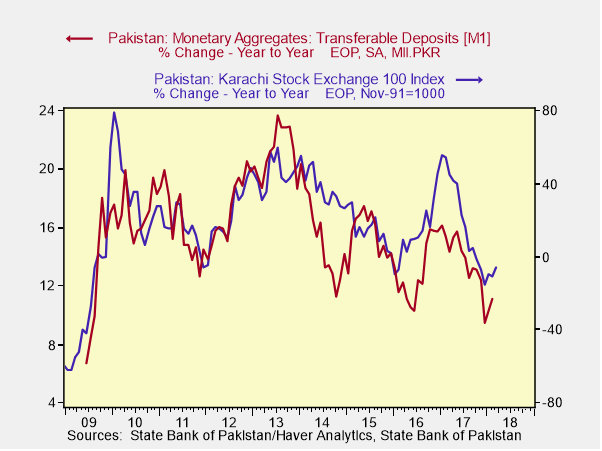 May this month bring happiness, joy and peace in our lives, families, society and country.

Control and not ownership

My last week’s blog on control on ownership of companies listed on Pakistan Stock Exchange went viral (10k+ views). I received many emails and comments. A few highlighted that I missed some families such as the Lakson Group and Arif Habib. Point well taken. Some pointed out that our email title regarding owneship is not correct. This is true. We were measuring control of the companies and not the value of the ownership. Our calculation included 100% of the value of the companies and also of their holding companies for each group. For example for JS Group, our data was adding 100% market cap of the companies in which the family has significant shareholding (>10%) either directly or indirectly through another company. So the blog was measuring “control” and not value of ownership. Updating the data for the 2 families, the correct statement will be that top 13 family groups have collective control (via significant shareholding) in companies which account for 40% of the total capitalization of Pakistan Stock Exchange. I was told that my blog has made the tax authorities in Pakistan vigilant, so its important for them to see this clarification.

A dear friend of mine, who is the top EM economist in a leading bank on the Wall Street, shared this chart with me, which plots the change in M1 money supply and the year over year change in KSE-100 Index.
The data shows remarkable correlation. Not only does do the two data series follow large trends but even mirror the short term fluctuations.
As my friend pointed out, the results from this analysis suggests that the only relevant variable for forecasting stock market performance is the growth in money supply. If true, this would indeed make our jobs much more simpler and effective!
Another interesting read through is that the data is tracking a measure of “narrow money”. This means that is not impacted by variables such as the money multiplier, which is driven by how much of the money supply created by the Central bank is further lent out by the commercial banks.
State Bank’s data (taken from Zakheera) shows that while both M2 and M0 money supply have increased over the last ten years, M2 growth has been more volatile. 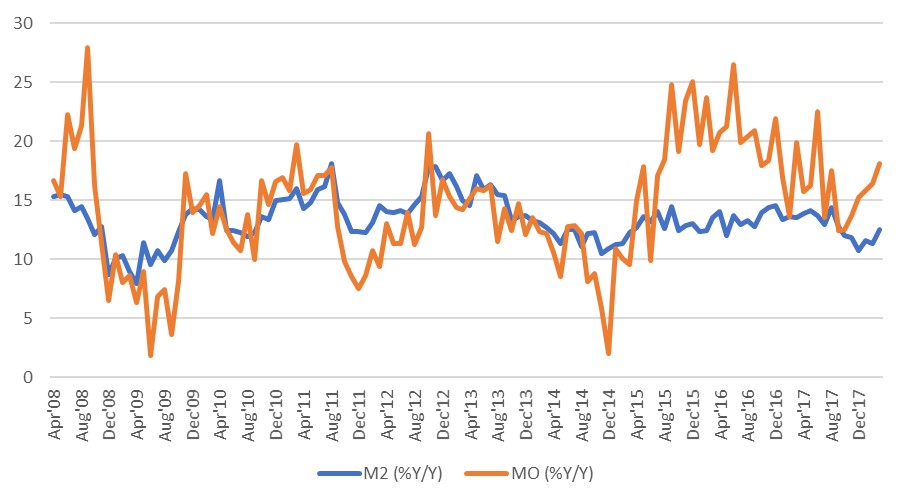 One explanation for the growth in MO money supply could be “debt monetization” by the SBP. I suppose in simple words this means printing of money in order to finance the borrowing (and spending) of the treasury. Indeed the growth in narrow money has been almost entirely driven by growth in notes in circulation (click here for SBP data). By end of March 2018, total notes in circulation in Pakistan were PkR4,085bn and they have increased by 16% CAGR over the past ten years. 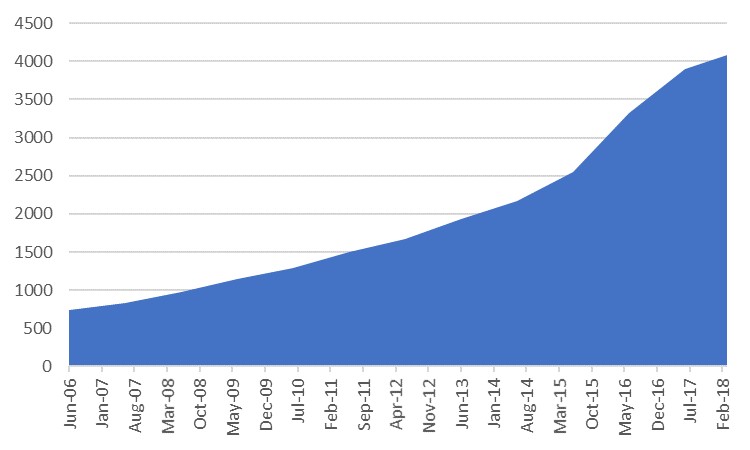 This would also indicate that the biggest source of domestic liquidity in the economy comes from government spending. KSE-100 goes up when the SBP increases the pace of printing money and the rise in KSE100 slows down when the SBP slows down the money printer.
Typically note printing leads to higher inflation, as it did during the 90s, however, inflation has been quite benign over this cycle. Last year the inflation was actually below the target. This is quite encouraging as it indicates that there is still excess capacity and the economy has not yet reached its full capacity. Nevertheless, we still expect inflation to exceed this year’s target of 6%. In our view, exchange rate depreciation along with rising energy prices could lead to sharp rise by the second half of the year.

We think June will be a critical month for investment planning perspective. Not only will the debt position become more clearer but more importantly the review meeting of Financial Action Task Force (FATF) is also in June. We think this could be a significant event for the market and the economy.

Looking at the SBP, we found it interesting that cash usage in Pakistan has been rising over the past 5 years and is now at around 12% of GDP. This is similar to other markets such as the US. The outlier is Sweden where cash usage accounts for less than 2% of GDP and the government is targeting it to decline to less than 0.5% by 2020. Indeed this is a tough task as can be seen from the Indian experiment with demonetization which shows that even taking 80% of the bank notes out of the system did not significantly reduce cash usage. In my opinion, one of the big hurdles against the adoption of the digital transaction is the threat of the taxman (it works everywhere). Consequently, in Pakistan, the recent tax rule which limits the sale of the car to tax filers, is likely to create some near term headwinds for the auto-sector. Since the rule does not apply to second-hand cars, it might lead to a greater shift towards car resales. 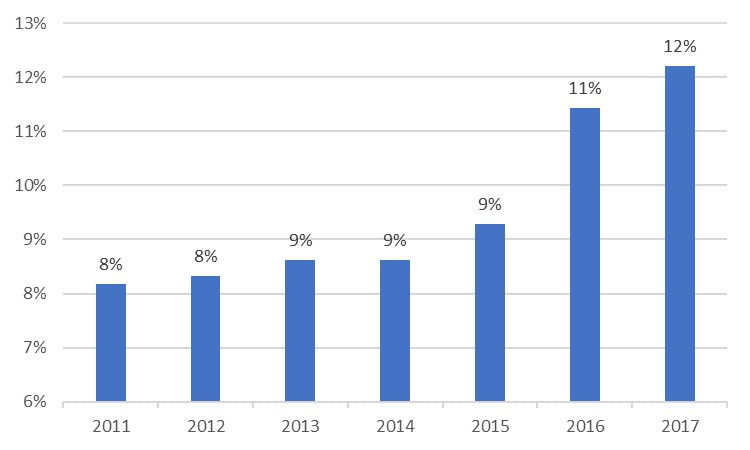 In my view, the shift to the digital economy will happen due to market forces and the natural adoption of more convenient services rather than a push by the state. Since the start of the year, the investment of Ant Financial in Telenor Easypaisa and the acquisition of Daraz by Alibaba has put Pakistan on the radar of global VC/tech giants. As we wrote on our March report, we have high conviction that the next wave of earnings growth and investments will be driven by the tech sector. 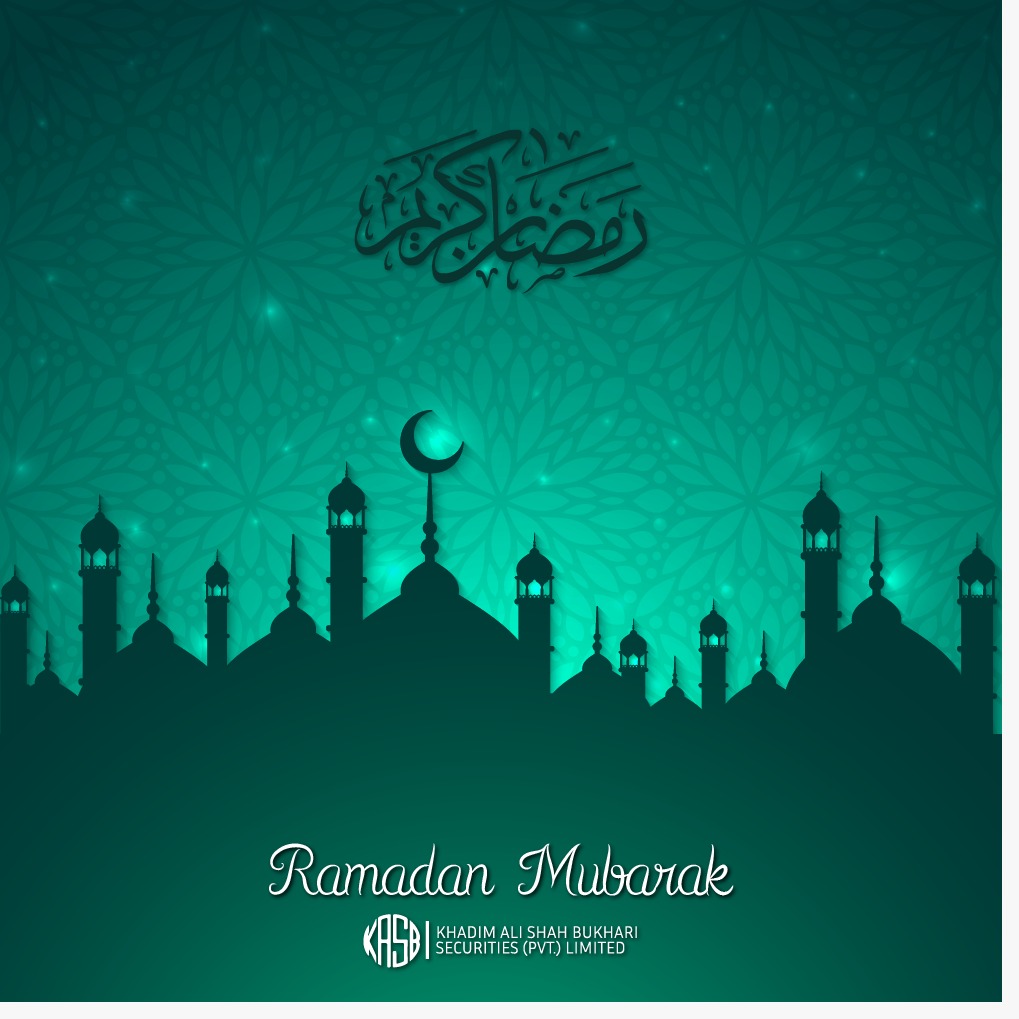 Our Equity Sales team expanded with the addition of Kamlaish Kumar. Kamlaish has over 15 years of experience in the industry and had taken a break to do an MBA. We welcome him to our team. He can be reached at k.kumar@kasb.com.